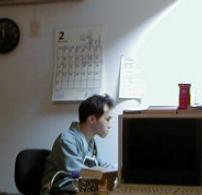 If you'd like to contact me, please send a mail to <kmuto at debian.org> or <kmuto at kmuto.jp>.

My public GnuPG key for signing is here.

Please see my announcement of the key-transition.

My previous public GnuPG key is here. This key will continue to valid for some time.

Where do you want to go today?

Here is our business result.

Sometimes I make useful packages just for myself. Check my blog.

Making a meal is the main part in my life. I enjoy it.